A Grammy-winning jazz and gospel organist, Bobby Sparks II is best known as a member of the band Snarky Puppy, and as a longtime collaborator with gospel leader Kirk Franklin. Following his debut with Franklin in the early '90s, he was a member of Roy Hargrove's RH Factor, and played alongside a mix of jazz, gospel, and pop luminaries including Fred Hammond, Marcus Miller, George Benson, Nelly Furtado, and many more. In 2019, he released his long-awaited solo album, Schizophrenia: The Yang Project.

Born in 1973 in Corsicana, Texas, Sparks grew up with parents who were teachers and musicians. His mother, a church organist, started him on the piano at age three, and encouraged his love of hymns and gospel music. Similarly, his father played trumpet and introduced him to jazz, including organists like Jimmy Smith, Jimmy McGriff, and Lonnie Smith. Sparks developed quickly, and throughout his childhood played often for church choirs, musical workshops, and vocal ensembles. At age 16, he was gifted a Hammond B-3 which he soon mastered. After high school, he further honed his skills studying music at Eastfield College in Mesquite near Dallas. It was during this period that he met and joined Kirk Franklin's gospel group. From 1992 to 2005, he worked as Franklin's musical director, touring and contributing to albums like 1993's Kirk Franklin & the Holy Family, 1998's Nu Nation Project, and 2002's The Rebirth of Kirk Franklin. With Franklin he earned a bevy of accolades, including numerous Grammy Awards.

An in-demand session player, Sparks has worked with gospel luminaries like Fred Hammond, CeCe Winans, and Donnie McClurkin, as well as artists from the jazz and R&B world including Herbie Hancock, George Duke, Lalah Hathaway, and Kirk Whalum, among others. He was a key member of trumpeter Roy Hargrove's funk-jazz outfit RH Factor, appearing on 2003's Hard Groove, 2004's Strength, and 2006's Distractions. Over the years, Sparks also branched out into radio and television, supplying the music for shows like Top Model and movies like The Prince of Egypt. Away from performing, he has also served as organist for Pathway of Life Church.

Since 2016, he has been a regular member of the acclaimed jam band Snarky Puppy, appearing on 2016's Grammy-winning Culcha Vulcha, and 2019's Immigrance. Also in 2019, Sparks released his first album as a leader, Schizophrenia: The Yang Project, which featured contributions by Hargrove, Marcus Miller, Snarky Puppy's Michael League, and others. 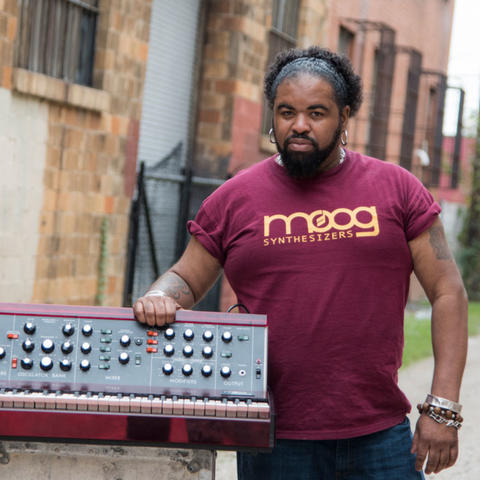