Yes, it's a dirty job, but someone's got to do it.

FiDO - seven brave men and their madonna-like engineer - are plundering tunes for twenty years from the mad cosmos of American composer, guitarist and enfant terrible Frank Zappa (1940-1993) and are heading out again in 2022/23 for their Atlantis & Elsewhere - Tour across europe. On board they have their latest Album-Release, a splendid live-recording of their last Pre-Covid tour through Germany and Switrzerland.

The huge oeuvre of one of the greatest american composers of modern times is ranging from orchestral musique concrete, complex bigband-rock-arrangements & free improvisation to jazz, country and the doowop-inspired sound collages of the early Mothers of Inventions in the Sixties, and is - beneath it’s musical brilliance and amazing diversity - full of ironic citations, humorous allusions and vicious blows against prudery and dishonesty of society. Reason enough for our swiss  rocking’ teenage combo to continuously ride through the big Z’s nutty cosmos even in it’s 20th year and pay tribute to over 75 years of sheer Zappa madness. Flower Punk meets Black Page meets Dental Floss and Nanook is trudging through the Village Of The Sun, or so. Varied and virtuoso in styles, with raised eyebrow, braised guts and gutted brains, FiDO perform Zappa's classics with virtuosity and verve for the present time, answers the maestro’s question "Does Humor Belong In Music?" with a zealous and resounding "YES!" and thus exites every audience.

"..and they create some killer Zappa music. This live album is a great example, and a very effective release. They manage to capture the madness and magic of Zappa in a way that both takes liberties and respects his vision." Music Street Journal, USA

With a number of acclaimed gigs across europe and six official releases over the last two decades, the colourful combo has achieved approval in the world-wide Zappa-community. With a sense for swiss accuracy, virtuosity paired with snotty humor & their own distinctive approach, FiDO still gets high after 20 years on the Big Z’s masterful works.

In 1987, bass player Pascal Grünenfelder was immediately captivated by hearing Frank Zappa's ironic jaw crushing and intricate rock-fusion for the first time, as he was confronted with the compositional geniality and preposterous humour of such songs as "Zomby Woof", "Don't Eat The Yellow Snow" or "Dinah-Moe Humm".

“… The result is magnificent.The choice of compositions is excellent and the arrangements and the performance are stunning, to say the least. “ United Mutations, BE

Overwhelmed by musical brilliance and the disrespectful ironic concept of the master of all fusions, the bassist began to explore Zappa's universe with ears full of wonder. Inspired by the experimental soundscapes of the early Mothers Of Invention, the colourful jazzrock imagery of the 70ies, the pompous 80ies rock big bands with Wackerman, Bozzio and Colaiuta, and the modern orchestral works of a Varese-admiring Zappa, the decision was made to reinterprete selected gems from Frank's sheer endless repertoire with the help of a bunch of like-minded musicians.

Grünenfelders seven piece rocking teenage combo invites you to a breakneck big dipper ride through the big Z's nutty cosmos, celebrates obscure polyphone sounding stories of talking dogs, stinking feet, sad eskimos and all kinds of curiousities of life. Unafraid of unorthodox handling of the compositions, the ten musicians interprete Zappa's classics with virtuosity and verve for the present time and answer his question "Does Humor Belong In Music?" with a zealous and resounding "YES!" Improvisational freespace is utilised shamelessly, stylistic frontiers are broken down, the musical multiplicity and hilarious humour of Zappa's work is exploited to the max. 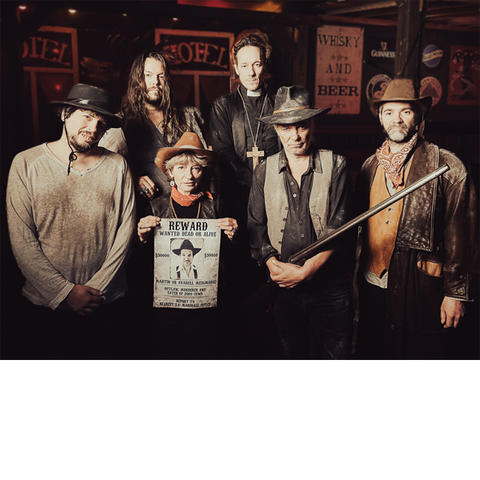