A musical experience where music is a tool for social change

Continuing with Fela Kuti's legacy, Newen integrates the cultures of Latin American and Africa. Nowadays considered one of the most popular bands in its genre, Newen Afrobeat has millions of youtube views and has performed in over 35 international festivals.

"It's the unification between man and woman, between old and young people, between Africa and Latin America"

Newen Afrobeat is one of the most prominent and attractive bands in Latin America and the only one to cultivate the Afrobeat genus in Chile. Its quality and staging has been recognized by countless leading artists, which has opened the doors for successful tours of Canada, the United States, Europe, Africa and South America.

Today, it is one of the national projects with the greatest international projection. With three albums under his arm, they are currently promoting "Curiche" their most recent release that contains songs like Cántaros in a clear ode to female ancestral energy and Chaltumay, a hymn of thanks to the Mapuche people. It is a show of music, dance and social awareness. 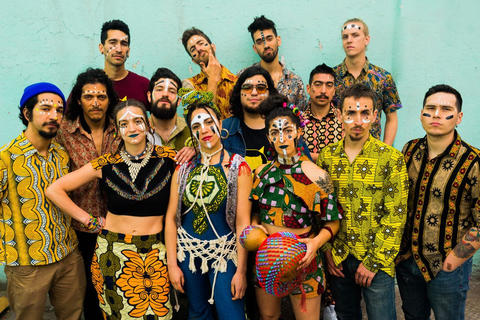