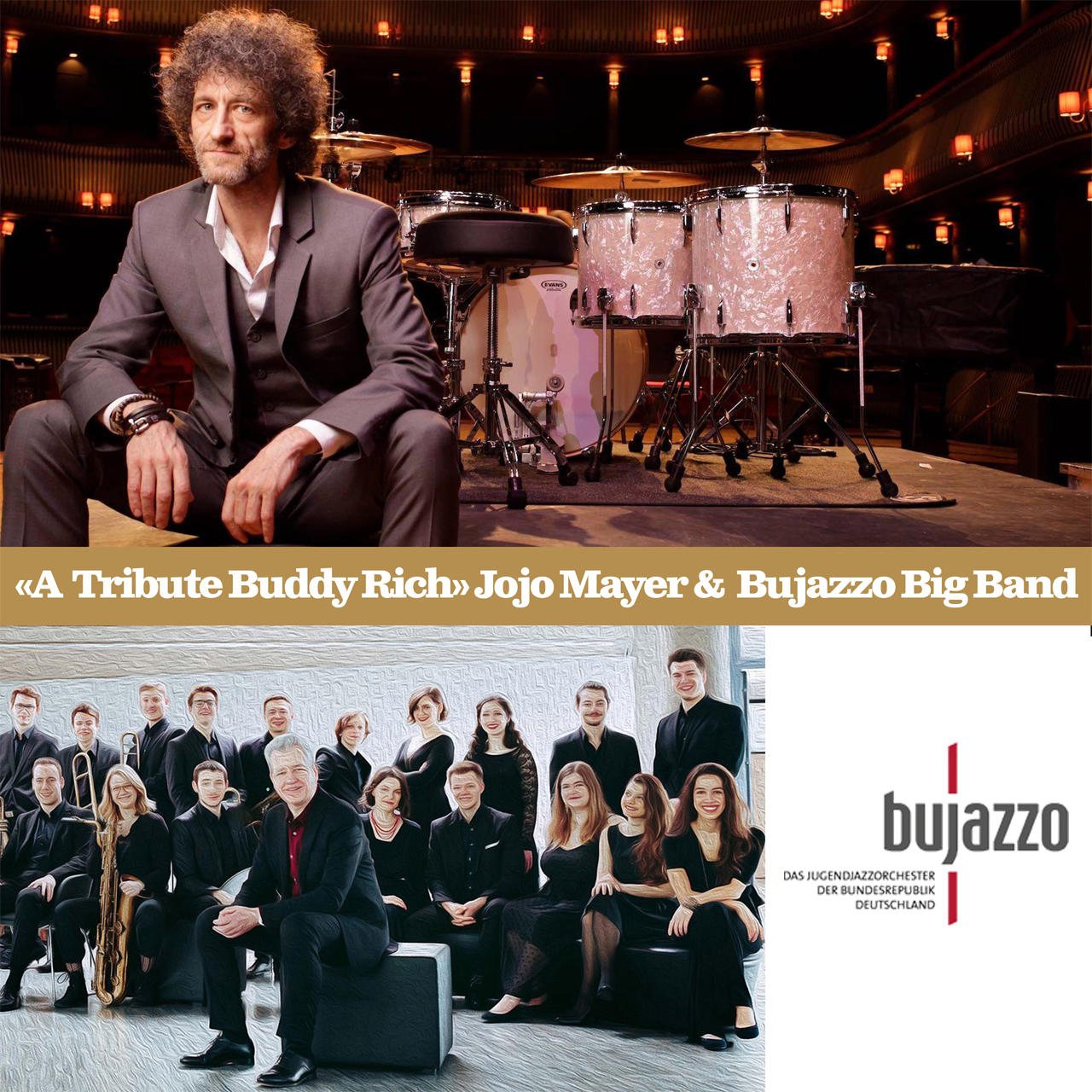 A Tribute to Buddy Rich

Buddy Rich became world famous at the age of four: as the child prodigy "Traps the Drum Wonder". With the decline of vaudeville in the 1930s, he turned to the new art form of jazz and reincarnated as one of the most influential musicians of the 20th century. It was not only his technical brilliance that made him influential; many still consider him the greatest drummer of all time.

Jojo Mayer began playing the drums at the age of two. Always influenced by the pioneering spirit of jazz, he turned away from the stagnating jazz scene three decades ago - and found new ways in the forcefield between improvisation and emerging electronic music. Musically as well as technically, he created a new vocabulary that influenced entire generations of young musicians. Like Buddy in his day, Jojo became a style-forming innovator.

In 2023, Jojo turns 60, a good moment to turn to the past - albeit rather untypically for Jojo. In collaboration with the Bujazzo Big Band, he pays tribute to the great master Buddy Rich and the heyday of Jazz.